Divine Providence I have challenged myself to start SEEING my kids.

I have challenged myself to start SEEING my kids.

“Let no corrupting talk come out of your mouths, but only such as is good for building up, as fits the occasion, that it may give grace to those who hear.”        -Ephesians 4:29

Today a Facebook friend of mine shared a blog post from The Orange Rhino Challenge. I’m not going to go into major details on the post I read, but this mom started her very popular blog by challenging herself to NOT YELL at her kids for 365 DAYS! To me that sounds like a totally impossible goal, but yelling has been turning into a problem for me lately, so I started reading some of her other posts on the same topic. Everything I read was great, but I came across a message from one of her readers that really stood out to me:

“Lately, I don’t feel like yelling is my obstacle, per say. Tone of voice, attitude and irritability on the other hand, BIG problems. What I realized last night, after watching a PBS documentary about children in India coming together as a community to get water for their families, was that I need to see my children.

Pay attention to their individual souls. Because when I focus on SEEing them, feeling them, my focus is not on my own childish self. My husband has gently suggested that often my interaction with the boys reminds him of a teenage sister who is babysitting her younger siblings. That was hard to hear, but so true. So much of my reaction to them has been based on my own desire to be left alone, to not be bothered, to not be annoyed, to have beautifully behaved children so my life is easier.  In other words, not because I want them to grow as individuals and get along well in life, but just so I cannot be bothered. So when they are bouncing and not listening at bath time, I can step back and realize they aren’t intentionally trying to piss me off, they are just seeking attention from me because I wasn’t available earlier in the day. I can SEE them saying, hey mom, look at me, BE with me, SEE me, I’m trying to be funny, that’s who I am, I’m trying to interact with you.

And yes, realizing that I need to SEE them brings me to the next realization, which is, I also need to SEE me. Maybe I need some time alone, some peace and quiet. But that doesn’t mean it needs to be ALL day. I can see me and take care of me and then see those two boys who are growing and changing before my eyes.”

I had tears in my eyes when I was finished reading this message. I could have written it myself, word for word, except the part about her husband – Rickie refrains from pointing out things like that for (I think) the sake of MY feelings. But it was me, to the letter. My problem is not yelling. I do yell at Zane, but the problem starts with my attitude, my short fuse, the ease with which I become angry at the smallest things. And the tone of voice that I tend to adopt even when I’m not angry.

Over the few years I’ve been with Rickie, I have learned a lot about arguing. Yelling, losing my patience, or using a mean tone of voice never worked. They all made things worse. I wouldn’t win the argument, and I would push Rickie into saying something he didn’t mean or yelling at me and then I would end up hurt or even crying. So now when the two of us disagree, I am usually very good at defusing the situation… I breathe, I listen to my own tone, I don’t yell, and I try to look at him and make sure we are both hearing each other. We don’t disagree very often, but when we do it’s usually nothing more than a conversation because we are calm with each other.

So why am I so different with Zane? I do believe there are situations where yelling is necessary. If he’s going to run into the street, jump into deep water, or sit on Sam’s head, a shout is needed to put a stop to the immediate danger. But I find myself yelling more and more about things that don’t necessarily need to be IMMEDIATELY HALTED. And this is the part that (for me anyway) is much worse: if I’m not yelling, often I sound impatient, peevish, angry, maybe even condescending. I am ashamed to admit that I have made Zane cry by telling him to do or not to do something. I wasn’t yelling, so how cruel must I sound to actually provoke tears? I’m not sure I want to know. I’m not glad when I make him cry, but it’s good he will cry when I hurt his feelings… it brings me down off my little pedestal and reminds me that he HAS feelings and the same things that hurt me, hurt him too.

I only have to look as far back as… TODAY to realize that this is an issue. Today I was in WalMart with Zane and Sam, and my grandma was waiting for us in McDonald’s while we checked out and then went to the bathroom. While I was changing into the shirt I’d just bought, Zane was trying to open the door and I had to smack his hand to get him to stop opening it (he did it three times). This is not an issue. He was told not to open the door and he wasn’t listening, and I also managed not to be angry with him. But then, when I said we were ready to go, he started fiddling with the latch and trying to open the door and because I didn’t want to keep my grandma waiting, I pushed his hand away and said impatiently “NO. We’re trying to hurry”. He looked at me and started crying, and my heart is breaking all over again just thinking about it: He was doing NOTHING wrong, probably trying to HELP Mommy by opening the door, and he got in trouble for it because Mommy couldn’t stand to keep someone waiting for 30 more seconds.

When I started reading the above quoted post, I realized that I’m guilty of the same thing: When I don’t take the time to see Zane, it’s easy for me to become impatient because the way a two-year-old works, makes my life inconvenient. That’s a callous way of looking at it, and that’s not my actual thought process… but when I look from the outside at the way I sometimes talk to this amazing little boy, I realize that’s what it amounts to. When he was fumbling at the bathroom door today, he wasn’t trying to slow me down – he was probably trying to help Mommy. When he wipes all the crumbs onto the floor, he’s not trying to make a mess – he’s trying to help out by cleaning up a mess. He wants to flush the toilet himself and put his potty back together because he’s trying to be grown-up, not because he wants to delay us in the bathroom.

The world is a big, complicated, new and scary place for him, and he’s trying to grow up and learn things – and he’s usually trying to model MY behavior. How can that make me angry and impatient?

So, my challenge to myself is more than just no more yelling. My challenge to myself is to SEE my boy. When he does something, my challenge will be to ask myself WHY he did it before I react, and not to punish him if he isn’t doing anything wrong – because if he hasn’t done anything wrong, PUNISHMENT is all it is. He isn’t trying to waste my time, get in my way, or make a mess. He’s trying to do things on his own, help me out, and make his world a better place! My hope is that as I work on this challenge, I will keep improving day by day and that by taking the time to see my boy, I will know him better and maybe… maybe even earn a tiny bit of the trust and faith he has in me. 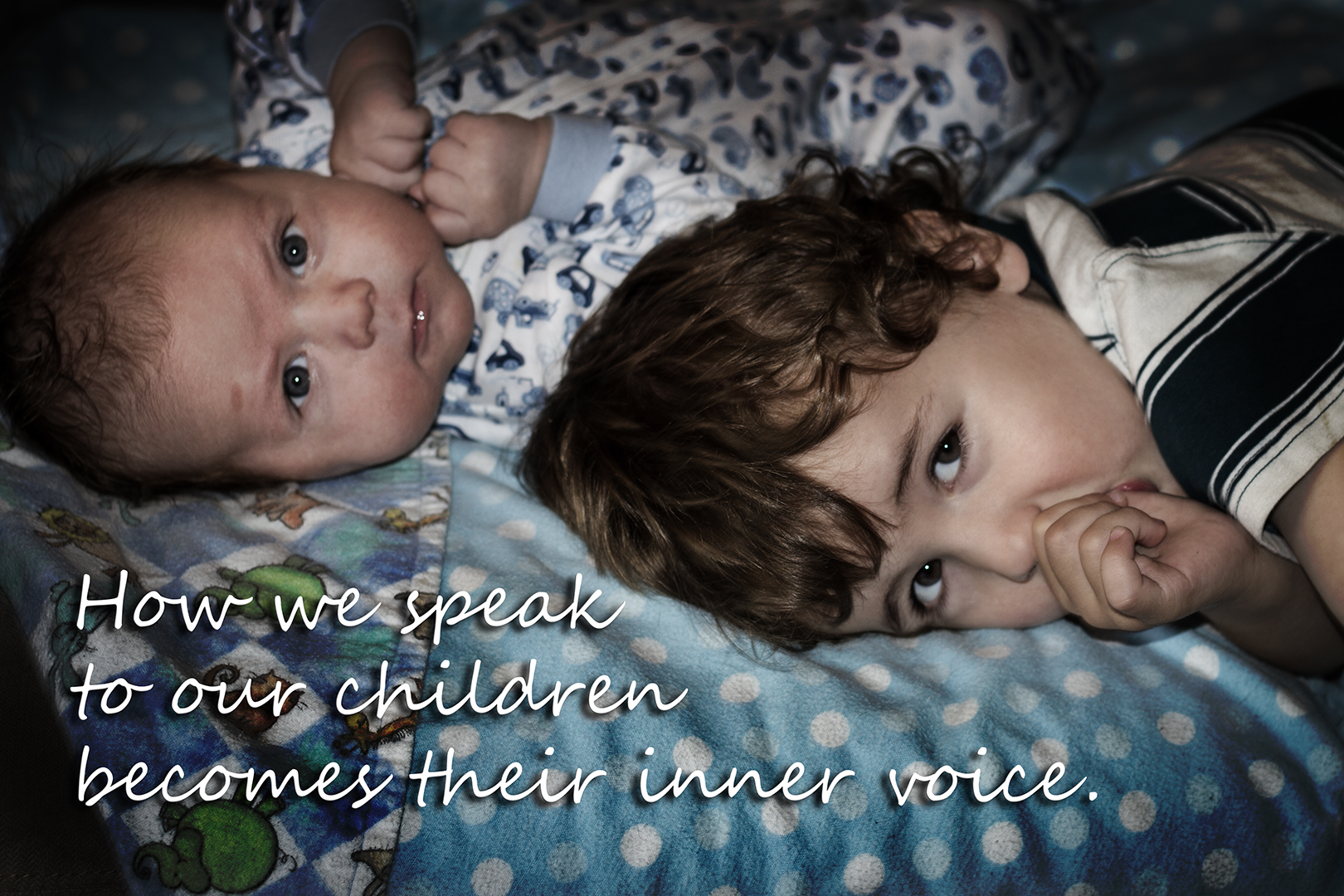