Love Story How We Became “Us”

How We Became “Us” 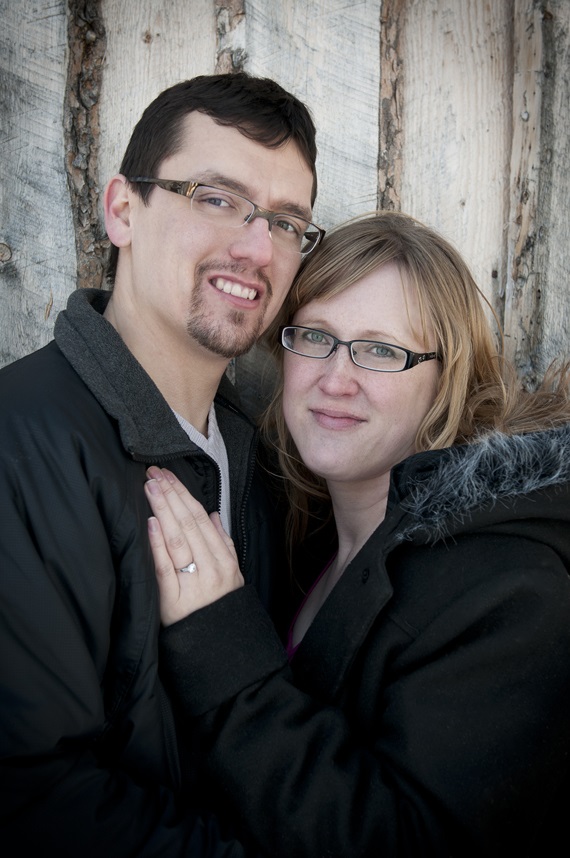 A shot from our engagement session at Shady Lane Acres.

Our story begins back in 2005 when I first began working at Lonkar Services in Red Deer. I started out as an administrative assistant to the manager of the IT Department. I never thought I would stay in that department for as long as I did; during my time there, I applied for various internal openings (executive assistant positions, accounting positions, etc). I was never hired for any of the promotions I applied for, and stayed in my original position in IT through the next few years.

I now know that staying in the IT department was the best thing that could have happened to me. One day a guy from the downstairs shop came up to talk to my boss. I couldn’t remember ever seeing him before; honestly, I didn’t really know the names or faces of any of our shop or field staff. But this guy kept showing up; he would hang around our office and talk games with Jeff. Eventually a position opened up in our department and he applied for it. By this point, I knew him well enough that I wanted him to work upstairs with us. We had become friends and through him, I had also made a few friends outside the IT lab.

Rickie started his new IT Tech position in November of 2007, around the time I had just separated from my first marriage and was trying to save enough money to file for divorce. We became good friends and he was a daily lunch companion and a listening ear for everything I was going through. He never showed a drop of interest in me beyond friendship and someone to game with… now, I know that he was attracted to me then but refused to show that interest because it would not have been the proper timing. Months later, in March 2008, I was moved out and single and Rickie finally asked me out. I certainly wasn’t expecting it, but March 12 we had our first date and things began to take shape quickly from there!

By summer of 2008, the friends that had given me a place to stay during my separation told me I had to either start paying rent, or leave. Because my house had not yet sold, I was still paying half of all the bills there, so I had no money to pay for my own living expenses. Rickie offered me a place to stay and, although I was apprehensive about moving in with a new boyfriend within just months of our first date, I had no choice. I could not lose my share of my house, and moving back in with the ex was not an option. Rickie kept a roof over my head and food in my tummy right from the first months of our relationship and accepted the situation as if it was meant to be (which I guess it was).

Later in 2008, when my house had not yet sold, Rickie helped me to buy it so that I could move back home. Again I was terrified at the speed at which our relationship was moving (I was still waiting for my divorce judgement to be passed) but I had no choice; I needed to free up my own income to help out with bills and groceries. I didn’t like the idea of buying a house with someone I’d been with for less than a year, but Rickie moved ahead with the idea with nothing but confidence, and we moved into our new house at the end of November 2008, just over a year after our first meeting.

Through the entire three years we have been together Rickie has been the same strong, steady person that I first got to know. He always believes that everything will work out and although I am sure he is as stressed as myself at times, he has been a solid foundation that I know I can always depend on. He never fails to show his love for me and to do anything and everything he can to keep all our needs met.

Since buying the house we have added a lawn, deck and fence to the backyard and built two more bedrooms, a bathroom and a second living room. We also added the newest member of our little family, Zane Gregory, in April of 2011. Things have been financially difficult at times, but I truly believe we have everything we need in each other, and if I had the chance to relive the last three years I wouldn’t change a thing!